The following images is a site in an Undisclosed Location that appears to have been partially submerged in the past.

As you can see from the image below, the linear feature runs into the ocean… What were they used for? Since the water would be salt water this would indicate the use was not for irrigation purposes. The other logical explanation is ancient roads that lead into the sea. 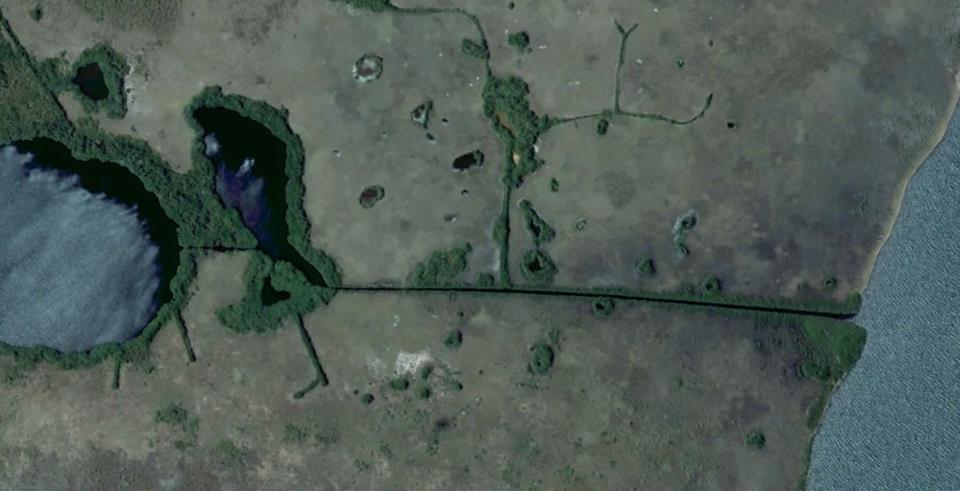 Another area that appears to have been completely inundated:

This whole site looks like it was completely wiped out:

Exactly what would a lost city look like after being destroyed and inundated by water and left to be overtaken by the elements for thousands of years? It is quite probable that it would look something like this…

This is a truly amazing site found with Google Earth that deserves more study and inquiry.  There is no archaeological record about this site or the surrounding area.

If you want to know more about this site contact us with your request.