May 29, 2015 Comments Off on Is There a Lost City Under Lake Okeechobee, FL? Americas, Anomalies, Articles, Editor's picks, Linear Features Over the years, there have been many reports sent to me concerning lost cities or lost ruins in very strange locations.  Many times sensor and jpeg artifacts have been misinterpreted as being signs of ancient cities on the sides of mountains or under lakes in remote places as seen in videos that were circulating on Youtube a few years back.  Even though the possibility of misrepresentation or misinterpretation is typical, I always check into every location that I am sent just in case there is evidence for something extraordinary that has been overlooked from the ground.  The use of satellite imagery is still in its infancy and with so much ground to cover it would take many years to search the entire visible surface of the globe for evidence of lost ancient history.

A very fascinating site that was reported to me by a tipster is the claim of a lost city under Lake Okeechobee in Florida.  While proof is difficult to find at times due to the limitations of the information contained within the searchable databases like Google Earth, on rare occasions there can be a potential glimmer shine through.  This case did happen to produce some unusual anomaly images of features present in the Lake Okeechobee imagery datasets.

The interesting images were found using Google Earth and the time slider which allows the user to view historical imagery of a given site over a period of time.  This feature is pretty neat, and I use it often to determine if an anomaly is something that is caused by modern or ancient activity.  For example, if I view an anomaly site without using the historical slider then I slide the timer back in time a few years and notice the anomaly isn’t on the surface, that is an excellent indicator we are looking at modern activity.

The image below is of the North Western portion of Lake Okeechobee taken in July of 2003.  You can see what appears to be a faint line running from the left to the right of the image.  This line is running North/South to the compass heading/orientation. When zooming in closer it is interesting to see a series of patterns on the image and cell like features become visible: The image after a color enhancement has been applied using Photoshop: The image does seem to reveal a pattern emerging that could be under the surface of the water.

Another image seen below zoomed in a bit more with color enhancement applied. 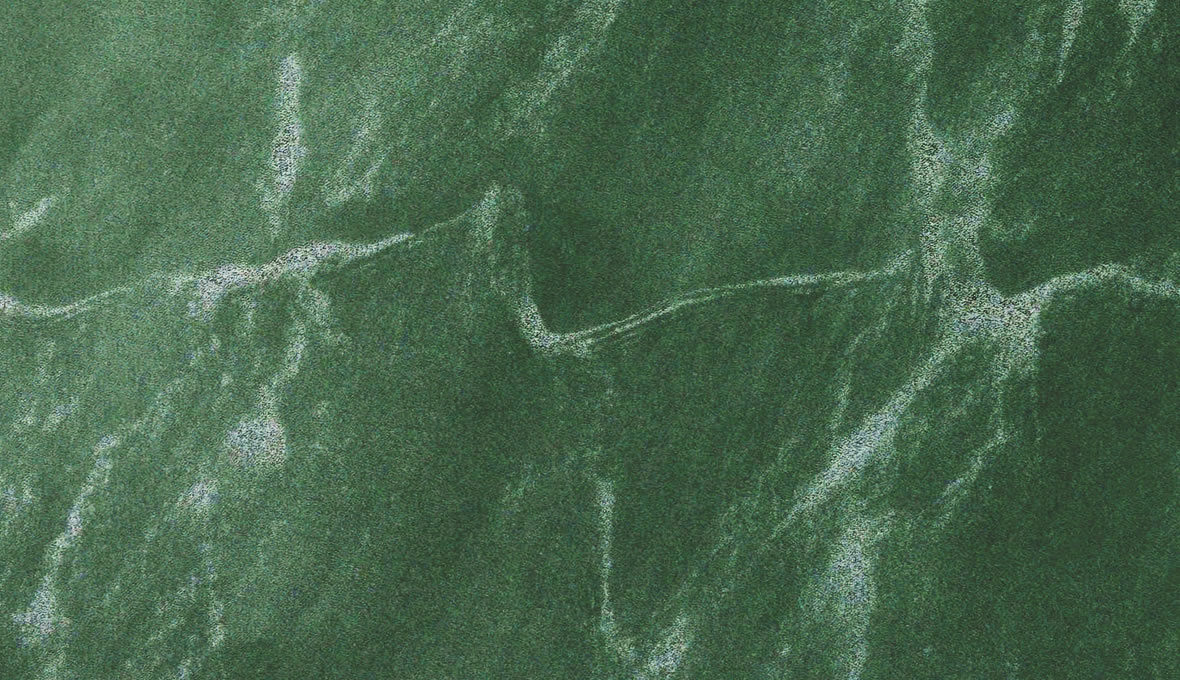 The linear features vary in width from 60-125 feet.

Exactly what could these rectilinear features be?

The above are my logical thoughts on what could be responsible for causing such features present on a satellite image.  Those who are wanting to delve further and feel this is a great mystery may want to use LIDAR to determine precisely what could exist under the lake or infrared imagery offered by Digital Globe to arrive at firm conclusions.

After searching for and researching the locations of lost cities for many years, it would be very close-minded to dismiss the numerous accounts and information that have been relayed to me about strange, archaeological anomalies being found all over Florida.  These reports are worthy of some mention and acknowledgment.

After all these years of searching, here is what I have found in Florida and within the Everglades areas.

The images of strange anomalies on Google Earth under Lake Okeechobee may not be the ultimate proof a city or a lost civilization exists in Florida, yet the imagery is very compelling and suggests there may be something out of the ordinary going on.  I look forward to a time when scientists can be openly curious and investigate sites like these without fear of ridicule or backlash.  Until that time, I will continue to gather the evidence and leave the breadcrumbs for future generations to follow.

If you know or think you know what these features could be, please use the contact us form or leave a comment below.